Let’s Talk About You

Need some investing or marketing help? Just want to get in touch? Clickety clickety.

they say the nicest things

I raised $500k for my business thanks to your book. I want you to be my business and wealth growing coach. You are AMAZING!!!!

Susan, you consistently over-deliver timely, targeted, concise, value-add content for investors of all classes and knowledge levels. As a long-term student I have observed the exceptional quality of your deliverables - ranging from blog posts, webinars, videos, and systems - all with the highest degree of professionalism and integrity always with the best interests of your students in mind. You have succeeded in raising the bar to a standard that is far out of reach of your competitors. Keep up the GREAT work - we need you!

Are You Making Up Stories About Yourself? 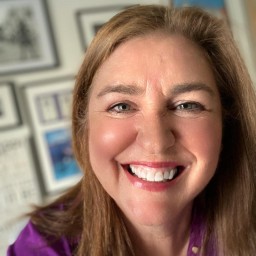 I was chatting with a woman last week who asked for some help reorganizing her investment portfolio to generate income.

She’s about 5 years from retirement and suddenly realized that she needs something more than social security to live on.

She has about $50k in stocks that don’t pay anything.

I told her she could sell those stocks and reinvest into 5-6 of my money machine ideas in Income Investors Academy.

She got upset and asked what else she could do.

I asked if she had any other investments and she replied she had about $200k in gold.

But she doesn’t want to sell it.

She got excited because that would cover her house payment and most of her expenses.

But she still refused to sell her gold.

It’s not my job to judge people.

It is my job to teach, so that’s what I’mma do.

Bt what if she would have taken that same $200k and invested it in one of my fave stocks, Costco?

When we reinvest the dividends, the gain is 589%.

Investment decisions are personal and everyone (hopefully) has good reasons for investing the way they do.

Every decision we make – good or bad – about money or not – has a consequence.

It’s just my mission in life to help people make better decisions about investments so that they can set themselves up for the good kind of consequences.

Susan Lassiter-Lyons is an investor, entrepreneur, author, and marketer. When she's not working poolside, you'll find her on the tennis court.